Chicago on the Aisle: Ben Kaye

If you ever asked Ben Kaye what shows he’s been to this year, he could tell you in spades. He could show you the spreadsheet he keeps of the dates, productions, companies and even what the shows cost him. He’s the most organized critic this writer has ever met.


Kaye has been keeping that spreadsheet for a few years and has been reviewing theater professionally for about nine months with Newcity Stage. He also writes film reviews for The Spool.


An ambitious theatremaker, Kaye went out of his way to see at least 100 shows a year even before he started reviewing. Whether he’s working his day job, directing his latest show (Bury Me at Dandelion Theatre) or seeing art just for fun, theater has seeped into every facet of his life.


As a lover of the art Kaye explores that deep love through his criticism, something he hopes helps dispel the idea that critics are out for blood whenever they see shows. He loves theater and that’s why he writes about it.


In reviewing work, Kaye leans on a metaphor of structures to determine whether a show has good legs to stand on or not.


“It's almost like a Jenga tower,” he said.  “...Maybe a line didn't really mesh with everything else that was happening—a piece comes out. A design element doesn't really go with everything else and the rhythm is confusing [pieces come out.]...I look at the tower at the end of the production and wonder what pieces are still there? What did I have to take out? Why did I take this? Is the structure still standing? And if so, how? How is it still standing if I took this thing out of it?”

Has theater always been in your life?


Yeah! I grew up in England and I was always acting in after school programming and classes. I moved to New York when I was 11, grew up there and did school plays in high school. Outside of school I did theater programming and went to a theater summer camp. Then I majored in Theatre Arts and in English writing at the University of Pittsburgh.


I wanted to be an actor for a while, and then I wanted to write screenplays for a while [after that] I wanted to direct a bit more. After moving to Chicago six years ago I’ve gotten to this place where directing and acting are my thing.


Theatre has been a very strong presence in my life. It’s about the only thing I can do in whatever facet. Whether it's writing about it or participating in it or covering it in some capacity, it's really ingrained in me in a way that I, unfortunately, cannot get rid of. And I'm very fine with that. 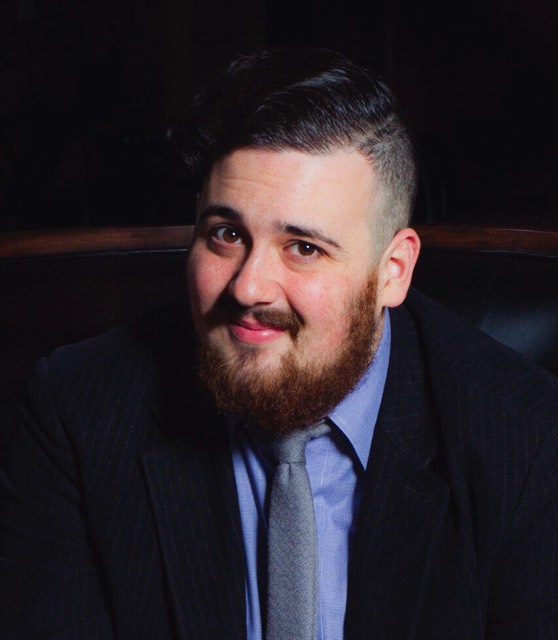 
When it comes to balancing where you are, like wearing different hats, do you find it at all difficult to weigh the pros and cons of being a critic and an artist? Or do those pros and cons not exist for you?


There aren’t really pros and cons, I would say it's gotten a little bit more interesting. I've recently become the managing director of Red Tape Theatre. I've taken it upon myself to be very careful about what that might mean as a conflict of interest to have a major company member with a storefront theatre writing about other places. I’m very, very careful about what companies I write about, so that it isn't [a conflict of interest.] And I would like to think that people know that I'm not writing on behalf of a theatre company, because I'm absolutely not. But I know that people can misconstrue it.


I know sometimes people ask if I should review something that a friend of mine is involved in. Well, I've been very lucky and grateful over the past six years to be connected with a lot of different artists. I've gotten to this place where if I couldn't write about a show that someone I know is involved in then I wouldn't be able to write about anything. Ideally, people realize that I'm able to not cross those paths in a way that might seem like a conflict of interest. I love doing both and I think each one influences the other as well.


I read a lot of critics every day, I always try and read several hundred interviews...I think it's important for artists to read reviews either of your own work or not, but I think you should definitely [read them] just to see how these opinions are being formed and how the art form is being documented [and] being discussed. Outside of just reading a synopsis or seeing [the show] that’s the best way of learning about how people are discussing your art.


Crossover is very, very important between artists and critics. And as a critic who's making art...

I'm in a place where like, if we get bad reviews or reviews that are overly critical I hope I'm not going to be mad about it. I'm going to be curious to see where they're writing from and how they're viewing the play to come to the opinions that they come to. I have a very, very firm belief that if someone gives you a bad review, they're not wrong. If they didn't like your play, it just means that they're watching it in a different way because everyone has a different way of processing and viewing.


The sooner you change saying “I didn't like something to saying it was not for me”, you can really dig into [it.] Rather than saying something's bad [say] the way that this piece of art was made doesn't click. You can start to not just trash [something] and instead [say] “how was this thing made? Who could benefit from how this piece?


I think it's really necessary to have an intelligent discourse about it. I think we've also gotten to this place, I see this a lot in film criticism, where we get to a place where we only want to see goodness. What's the worth of negative reviews? It’s like in The Incredibles when Syndrome says “when everyone’s super no one will be.” If every play gets a good review then nothing is good.


If we're only seeing the good things then what's the point?


Do you think that in doing criticism and art together, they make you better at each of them? Like being a critic makes you a better artist and vice versa?


I would definitely support that being a better critic comes along with being a better artist, especially because I get to see plays. I get to find a way to articulate how values align with mine, or how the values didn't align with mine. It’s also the reason I see theater in general to see how people do it. To see different kinds of performances, different kinds of designs, different stories and different plays. We get a sense of rhythm and storytelling from production to production.