Chicago on the Aisle: Catey Sullivan

Catey Sullivan has been writing about theater for more than 25 years. Like most theater journalists she had to fight her way to doing what she loves for a living, and overcome a devastating layoff.


She’s had bylines in Chicago Magazine, the Chicago Tribune, Chicago Reader, Windy City Times, the Chicago Sun-Times and the short lived You Are Chicago. Despite the hustling lifestyle of the theater journalist, it is what Sullivan has had her sights set on since undergrad. She’s a writer through and through with a soft spot for the performing arts.


What got you into criticism?


I always knew I wanted to write about the arts. I knew that from the time I got out of college. It was, and is, extremely difficult to get a job doing that. Freelancing has been the way of it forever. In the late 80’s and early 90’s, when I was fresh out of college, I worked at community newspapers on zoning and town councils and all the stuff that’s tedious to cover. I did that for a long, long time. I’m glad I did because it trained me to be a good reporter.


But while I was doing that, like all other papers, the papers I was writing for had a much bigger budget for news than arts. I would volunteer to write a feature about this actor from Glen Ellyn at Steppenwolf or a designer from Downers Grove who is over at Chicago Shakes. I started amassing a pile of clips.


I started sending them to everybody every year. I sent them to any publication with a masthead in Chicago. I felt like I supported the post office for years. It was tough to break in, especially tough for women, early on. All the (main) critics except Hedy [Weiss] were men. It was a real effort to get people to pay attention and then give you a shot. Like anything if you keep at it long enough, and you’re good enough, someone will notice.


I went from covering hyper local stories and freelancing for community newspapers to getting assignments from the [Chicago] Tribune and I remember being excited in 1993 when Newcity hired me.


NewCity was the first place where I covered Chicago theater for Chicago publication. I’ll never forget how exciting that was. It snowballed and I worked as an arts editor for suburban papers for a number of years. In 2008, after trying for 15 years to do this for a living, I had nothing again. I just went back to the same thing of sending resumes. I wrote for Newcity and then Windy City Times picked me up.


You just keep writing if you really want to do it. There are so many places, especially now, you can find an outlet.


It would be disingenuous to say I wonder if I’ve hung in [journalism] as long as I have without a spouse. I know I’m fortunate that way. You learn to deal with it and power through it or you find something else. I had a strong support system. I had a spouse with income. I honestly don’t know what would’ve happened if I hadn’t been married. That points to the unfairness of that.


The only field that’s more competitive are fields in the arts that criticism covers. Actors aren’t employed 95% of any given day. It’s endemic as a field.


Critics have to hustle like the artists we cover. There’s something beautiful in that.


The hustle is real. There isn’t a day that goes by when I don’t pitch a story somewhere. You constantly look ahead. After I make this deadline what do I do next? Do I keep pitching? Am I pest for pitching? It’s constant and relentless.


One of things I’ve learned is you have to be tough. I’ve been banned from theaters. [Once in a review] I panned a production at a theater and the artistic director said I was never to step foot into his theater again. At the time when you get that and people come at you for things it’s hard not to second guess yourself. Was I unnecessarily cruel? Am I really just an a-hole?


If you can’t learn to trust yourself and believe in the truth of your own opinion when it’s panning somebody, you aren’t going to be able to survive. You can’t work with your feelings hurt all the time. You can’t be worrying about what other people are thinking about you. It’s hard no matter what your field to be told you don’t know what you’re talking about.


Nobody likes hearing that. You’re a critic. You’re out there in public. If you can’t suck up the pain of criticism yourself you need something else to do. No one will extend your deadline because your feelings are hurt, it doesn’t work like that.


Not to invalidate that pain, getting upset is a real thing. God knows artists can be cruel like critics, but you can’t let it get in the way of production schedules. Once I missed a deadline because I was stewing about someone complaining about a review. Someone wrote a letter to the editor saying I didn’t know what I was doing. It was 20 years ago and it didn’t occur to me. I was so upset I stopped writing.


I’ve heard if you’re an artist or work in the arts you’re more sensitive or more intelligent than the other people, you feel things more deeply. I don’t know if I believe that, but it wouldn’t surprise me. Just because that’s the case doesn’t mean the show can stop or the paper can hold because you’re feeling things so deeply. It’s unfair, but that’s how it is.


When I started [writing criticism] you could say stupid things and it couldn’t keep up with you, but the internet is a great tool to tell people about problems. But the problem is it’s easy to pile on on the internet. It’s a good and bad thing.


Sometimes people point stuff out to me and they are spot on. I like to think I’m open to learning, everyone likes to think that of themselves. There is a lot I don’t know. I am eternally grateful for the people who keep me from doing that.

What keeps you doing this hard thing?


It sounds cliche, but theater is the one thing. Some people get this thing from church and some people get it from music, but theater invariably reminds me of why I’m glad I’m alive. Why I’m glad I’m part of the human race. That sounds lofty and we’ve all sat through shows that make you want to poke your eyes out, but those are balanced out by shows that rip the back of your head off–in a good way. They’ve captured a pure emotion on stage or tell a story that speaks to you [in a way that] that not even your best friend speaks to you. The world is revealed inside of theaters. I don’t want to miss that revelation. 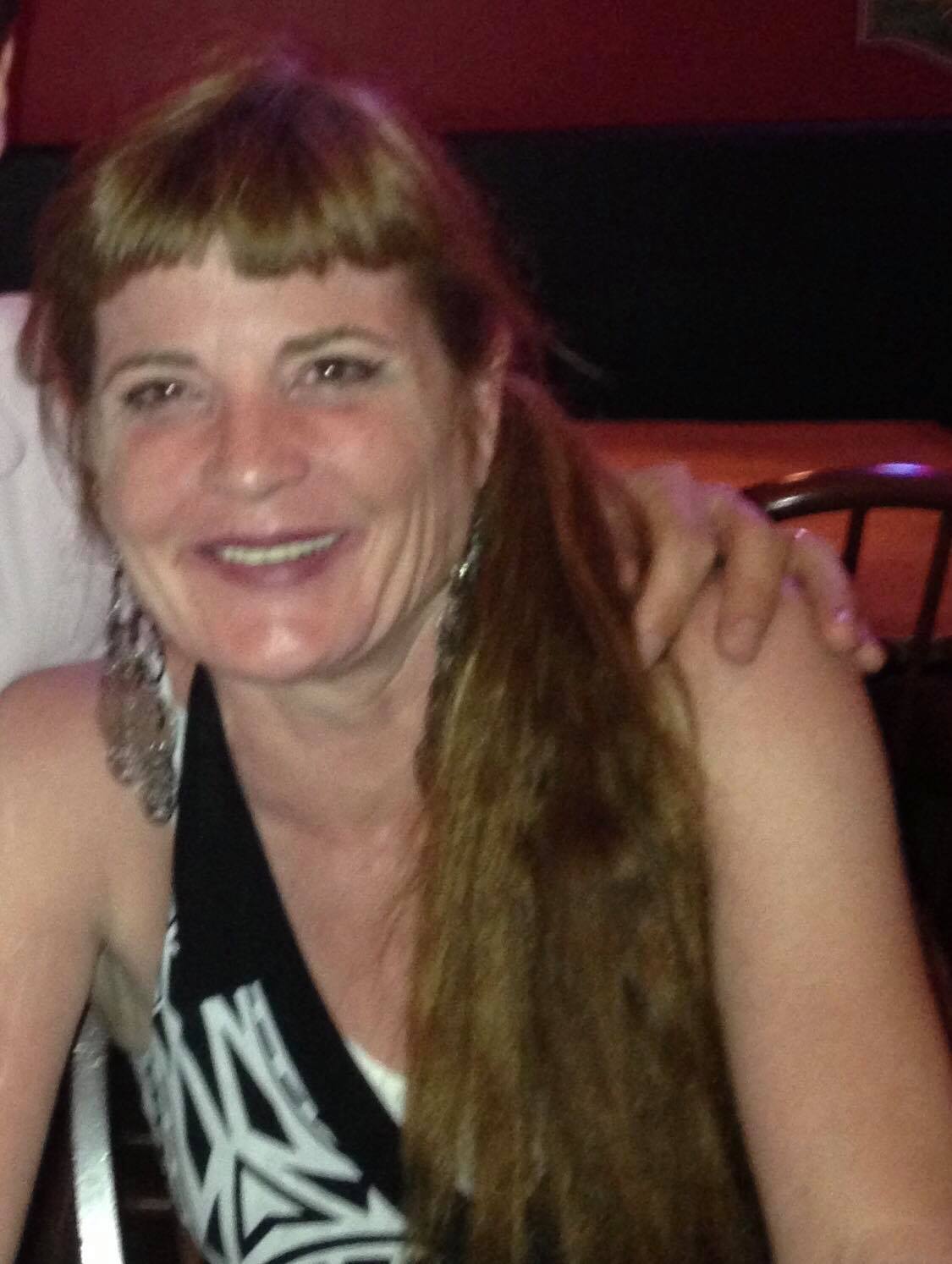 How do you keep things “fresh” like when you see the same show 10 times?


I think that’s part of why we do this. I just saw Midsummer for the 12th time. If the production is dreadful it’ll not be fun, but I still can place a strong show. They don’t get old. If something gets old it’s because it’s dated or didn’t age well or a bad job was done.


It doesn’t matter how many times you’ve seen it–it’ll hold up. That said, I’ve seen shows that I loved years ago that now I see and wonder “what was I thinking?” I used to love Glengarry Glen Ross, it was one of the best things I’ve ever seen. I saw it three times. I’m sure if I saw it now I would hate it. It’s all these guys yelling at each other. The first time I saw it it was enthralling. But I look at it now and it doesn’t just suck, it’s damaging and no one should do it.


My perspective changes. If the acting is solid. You don’t have to worry about it not being fresh they have that covered.


Are there any myths or misconceptions about critics you would like to dispel?


We’re all frustrated artists and it’s a field for dilettantes.


[The idea of wanting] to be an actor director and not being able to make it work so you become a critic, that’s b.s. I love writing. It’s what I do. I love it more than acting. I’m not particularly good as an actor. I did enjoy my musicals and plays in high school. People say that [line] as a way to dismiss critics. They do it because they don’t have the talent to do the real thing. That’s not true at all.


The other thing is that people think my job is spending a few hours every night at a show and spending half an hour writing something. That could not be further from the truth. Or “you are freelance so your time is yours.”  I don’t know where that conclusion comes from. Everyone I know [in freelance] works 60 hours a week. It’s a real job that take a lot of time and skill. I get pitches a lot and I’m amazed at how many people don’t quite seem to know basic punctuation.

You can’t just sit down and write a review like you’re eating a cupcake. It’s a skill and a job. You have to be analytical and make points without being cruel and do it in a way that gets people to read your work. It takes a lot of practice and time to get good at it.