Nelson Algren, 20th century writer, loved Chicago in all its grit and glory. Likewise, Broken Nose Theatre, a nod to Algren’s sentiments on the Windy City, is a testament to the city’s storefront scene.


Contrary to popular belief, BNT is not just another gritty theater company. Though they are gritty and a theater company. They’re dedicated to Algren’s idea of a Chicago that’s beautiful in its own right and creating theater that speaks to that truth.


“It’s really [become] a two fold type of thing,” Davis, a Chicagoland actor and director, said. “We've sort of folded ourselves into it.” BNT is a culmination of both that gritty Chicago aesthetic as well as the things that make life beautiful, even if those things in themselves are not inherently so. 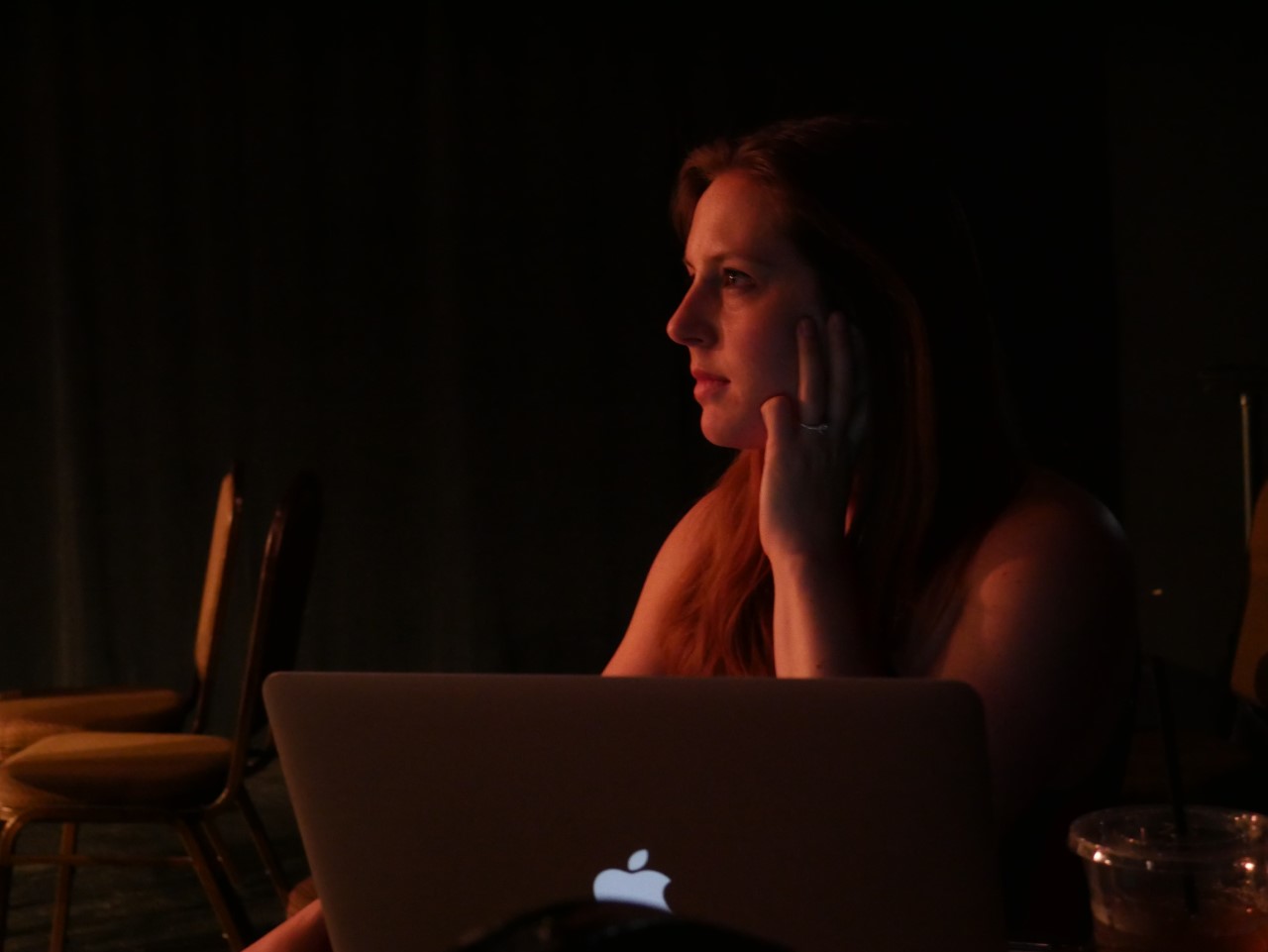 Davis is in her second year as artistic director of BNT when, ironically enough, at 23 she auditioned for the company and was heartbroken to not even receive a callback. Fast forward seven years and she’s leading the company. She said “23-year-old Elise wouldn’t believe that.”


BNT was founded in 2012 and is a pay-what-you-can company as a means to get as many folks into their shows as possible. The concept of the pay-what-you-can model was inspired by Spenser Davis who used the (now defunct) Panera Cares model as an example. Economic accessibility is one of BNT’s main focal points along with inclusivity, representation, collaboration, conversation and immediacy.


Since taking over as AD, Davis has done her due diligence to keep BNT’s focus on pushing the boundaries of theater as well as the boundaries of its audiences. From shows that tackle racial disparity, xenophobia, oppression and even a show this season about marital aids, there are few topics off the table for this company.


“We really try to find shows that push matters into the gray area,” Davis said. ”...I like going into a theater and having what I thought was a very solid foundation in my beliefs be shoved a little bit.”


BNT purposefully goes after shows that get their audiences talking. They are not a company that thrives on the “comfortable” shows. People don’t typically just “go home and go to sleep” once a BNT show is over. This is a company all about creating conversation around the art form.


That is, they push boundaries while still making sure their artists are safe in the process, Davis added. 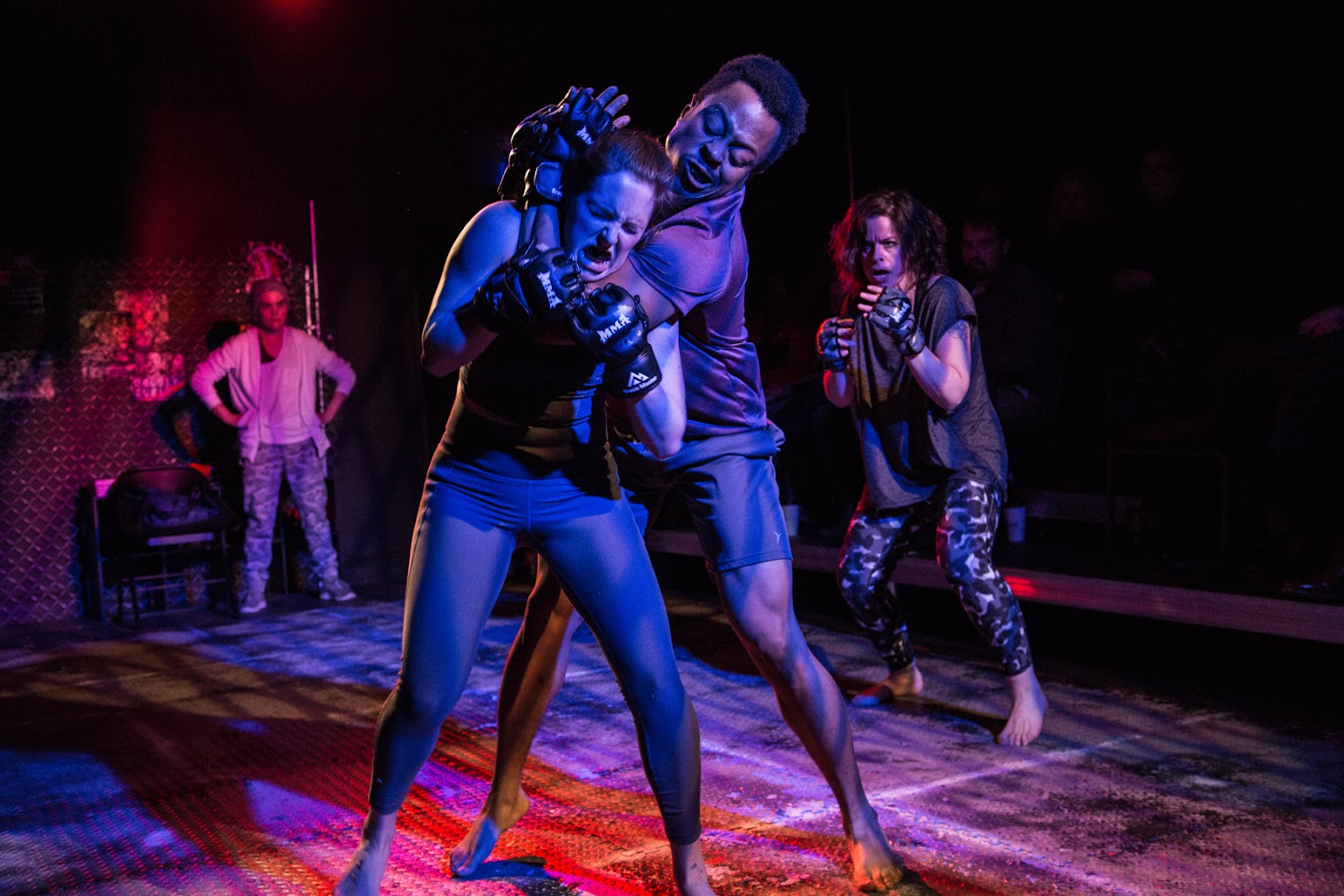 And when it comes to the shows they produce? BNT likes their shows big and new. This season they’re producing two world premieres and a U.S. premiere. And that work, for the most part, usually involves larger ensembles. Ensemble work is something that BNT has taken a liking to and something Davis enjoys promoting.


“It sort of became our bread and butter,” Davis said. The larger ensembles gives the audience an opportunity to see the characters all interact with one another instead of focusing all their energy on one or two main characters. It fits perfectly into BNT’s penchant for realism.


Human to human contact is real and how relationships with other people evolve is part of that reality.


One of the things Davis loves most about working in the storefront theater scene is her ability to pass on opportunities to others while developing real connections with people. These connections aren’t just artistic either, they’re genuine and human relationships. Whether she’s overseeing someone’s budding career or becoming a stepping stone for an up and coming director, Davis believes in the power of positive networking.


“One of the big things that I've wanted to do ever since I became artistic director was to give back,” she said. “I always think back to when I first moved to the city. [During an intership with A Red Orchid Theatre]I set up a meeting with Kate Buddeke, Stephanie Heller and Mierka Girten...and they just sat with me for an hour and a half. I recognized these powerful women who established careers in the city and was like, ‘okay, if I want to be that one day, let me know your secrets.’”


The women told Davis that the work is all about finding companies you believe in, believing in the mission statement of that organization and asking “what can I do to help?” They told her that just because someone says “no” to you right now does not mean your opportunities are gone. And that meeting early on in her career inspired Davis to open her door to anyone who loves the work as much as she does.


“If we want to truly be a community we really need to feed off of each other and just support one another,” she said. “One of the most basic human things is getting offline and actively talking face to face. I think social media has sort of killed us in a way and I think we have become our profiles...It’s just been really lovely being able to connect with humans on an actual face to face basis. There's only so much you can get from me if I am sending you a 140 character text about something that is so deep and not something you can discuss on [just] a Facebook thread.”