Taking Back the Rom-Com with ‘Missed Opportunities’

When Jillian Leff began writing Missed Opportunities in undergrad, she didn’t see much of herself in the character of Max. But over the course of six years, dabbling in and out of writing the script, she realized how much of her personal imprint is in the show.


Especially now that she’s starring in the premiere production with The Cuckoo’s Theater Project. It’s a much different scenario than the other works she’s written, but she’s running with it.


“My first play started more personally and that one became less and less personal as time went on,” she says. “But [with] this one I’ve tried to embrace it by letting some of my thoughts and opinions really be there..Not everything Max says is my opinion. There has to be some distance, but it really allows [me] to put more of myself into it. It’s the closest character I’ve played from an acting perspective.”


Leff’s character Max is enjoying life in Chicago with her roommate Adam when she runs into Nate–the one that got away.  The two get together to catch up and Max finds out that Nate’s girlfriend broke up with him. This could be the perfect opportunity for Max to finally be with Nate, except there is one caveat: Nate thinks Max is gay and tries to set her up with his roommate Jenna. The misunderstanding launches Max and Jenna into a fake relationship to help get Max closer to Nate ...

Sound complicated? No more so than Shakespeare’s comedies, but with significantly less crossdressing and yellow garters. 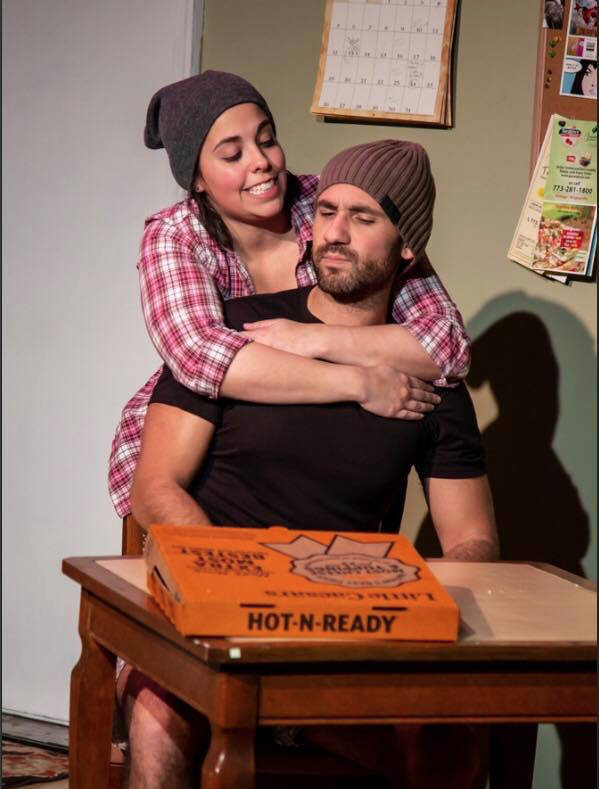 
Missed Opportunities is Leff’s take on the typical rom-com, a genre she loves. She took the tropes and ideas of the rom-com and flipped them on their head.


But Leff’s play does something the rom-coms tend to stay away from–the consequences. It’s “a queer modern update of the mistaken identity comedy.” Missed Opportunities is an exploration and dissection of tropes, while giving pause for making assumptions about people.


“Max’s experience of being mistaken for gay or assumed to be gay is my experience,” Leff explains. “I’m bi-sexual. So, they’re not totally wrong, but I started this play when I was in college in the closet. That assumption confused me and made me angry.”


“I was thinking about it and my friends would be like, ‘you played softball for 10 years.’ ‘You wear flannel and combat boots.’ Why does that make me gay?” 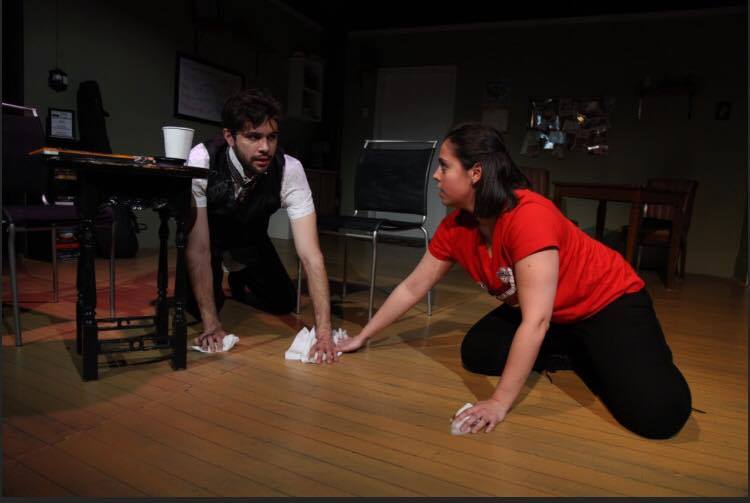 
That got Leff contemplating the tropes of sexuality. She thought about how the media portrays gay culture and what LGBTQ identifying men and women are “supposed” to look and act like.


Not to worry, Missed Opportunities is still very much a comedy. It’s just a little more real than your standard romantic comedy, even more so in the case of mistaken identity rom-coms. Sometimes there has to be more to the story than just boy meets girl. After all, have we ever asked ourselves what happens after the big reveal and kiss?

“Something that sparked my process in this show is that the movie ends after the kiss,” Leff says. “What about six months from now? Is their relationship okay?”


You’ll just have to go and see for yourselves.